Led by James Buckland. James has 20 years of professional rugby experience, having both played and coached successfully at the highest levels of the game: Having won two Premiership titles as a player prior to becoming a professional coach. James has a wealth of coaching experience having coached competitively at International, English Premiership, Pro14 and English Championship levels. James excels at building competitive teams and at developing rugby players at all levels of the game. Next Phase Academy is fortunate to benefit from James’ extensive list of contacts in the professional game.

Boys – Next Phase Academy plays both school fixtures and in the College/AASE league. Next Phase Academy also enters the Rosslyn Park Sevens. Giving students of all abilities the opportunity to showcase their talents at both development and competitive levels.

Girls – Next Phase Academy endeavours to match the boys’ competitive programme and continues to work in partnership with local club teams, County Age groups and Wasps Centre of Excellence.

Next Phase Academy continues to add to its rugby network. Including links to Senior Academies and Centres of Excellence. UK and US rugby playing universities. Professional and semi-professional teams. Local senior clubs. 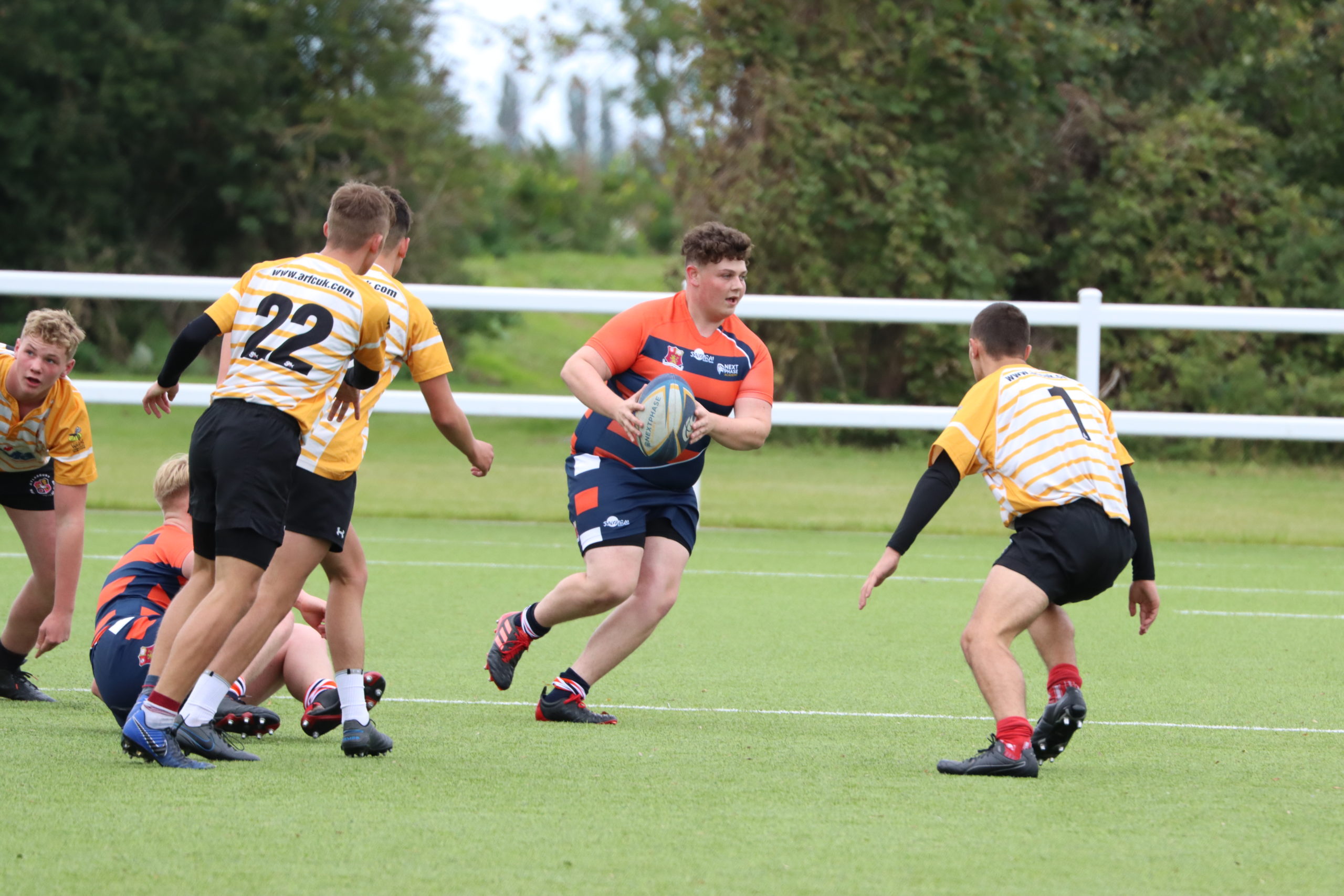 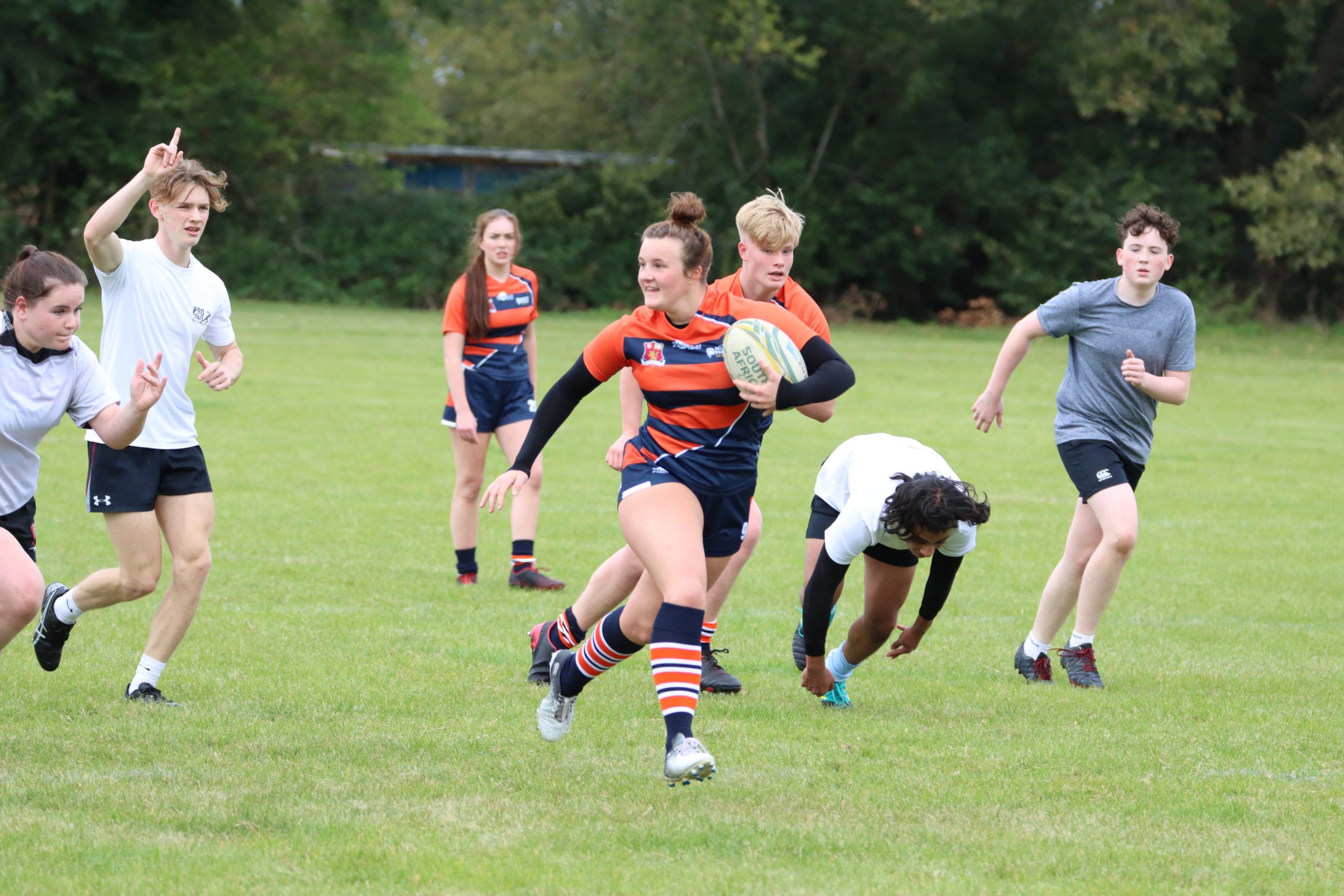 ‘I’ve played for a few elite teams and I’ve been coached by some of the top coaches in the Northern Hemisphere, without reservation, the 2 years prior to my retirement I was coached by James and it was the most I’ve learned in a 15 year career at the top.

He has a diligent and thorough eye for technical detail, combining this with his ability to motivate players, both as rugby union players and men outside sport and his adaptive game strategy is based on the infinite hours of analysis on the opposition weeks prior to game and then the application and instruction of this strategy to his team of players is akin to the methods used by international coaches. He is a man of integrity, honesty and passion for rugby and if an opportunity arose for a club to make use of James’ unique skills, they would find a no better determined and committed man and first class coach.’

‘During my time at London Scottish, he transformed our pack from mediocrity to the most dominant pack in the division. Our team goals, in terms of performance and tactics, were clearly laid out. James is a very detail orientated coach. His analysis of the opposition, and of our past performance was always very insightful, and was an important part of our game preparation. Furthermore, he personally helped me successfully transition from tight head prop to the loose head position. I believe as direct result of his coaching, I was selected onto the 2014/15 Championship dream team, and additionally I was able to secure a Premiership contract.’

‘James coached me at London Welsh Rugby Club. He took on that role with great positivity and thrived under the pressure of delivering results in a highly competitive and pressurised environment. His approach to how he wanted us to play was very clear and his attention to detail during our training sessions was second to none. It was obvious James took pride in his preparation and in making the team competitive.

He’s a very motivating character with a particularly intelligent approach to coaching, with good communication skills, which made him very approachable to all the players and staff. I believe he was a massive factor in our success on the field. His analysis and evaluation of our weekly performances was also to a high specification, finding areas of improvement both collectively and individually then delivering constructive criticism effectively. This was simply down to his positive attitude which in turn maintained team morale.’

‘James Buckland is one of the best, if not the best, coach that I have worked with during my time as a professional rugby player. His understanding of the game and what it takes to prepare to win is second to none. I am most impressed is his ability to use effective coaching methods to deliver each and every aspect of the game, in varied styles, to improve players both technically and tactically.’

‘James coached me for two seasons at London Scottish. He has a critical skill set any coaching staff and squad require….How to get the most out of its players. He got our team, myself included, playing with a hard-nosed edge, which meant that our opposition couldn’t handle our cut throat and in your face defense. His attention to detail in set piece attack and defense is the difference maker in my opinion as to where he stands out from the rest of his peers. He got our forwards scrummaging as a unit with great intent, and our drive play in both attack and defense was a force to be reckoned with. Furthermore the key focus on tackle technique and breakdown work ensured that both forward and back units interlinked seamlessly and nullified any opposition’s attack. A prime example of his key contributions was that we had finished in 11th place the season before James and I joined Scottish, and the following three years with James at the helm we came 9th, 5th and 3rd. If it wasn’t for James, we wouldn’t have reached those milestones as a squad that had only played one season in the English Championship before he joined.’

‘I owe where I am today to Bucks, he took me on at London Scottish when I was very raw and straight out of university.

He is a good coach and you win his respect by consistently showing positive traits, such as hard work and being happy to take the hard route when necessary!

He developed my set piece game and I came on a lot in the one season I had him as a coach. His foundations are still what I go back to when analysing set piece moments in my current games.

He is a good mix of the old school with the new, excelling at all the analysis involved with the modern era to develop intelligent play and in going to the dark places needed in forwards unit sessions in order to instil good practice under pressure.

I see him as more than a coach and more like a mentor that I still have regular conversations with about my game, which is a testament to relationships he builds and the impact he has upon his players.’

‘I made significant progress over the 3 seasons under Bucks with London Scottish.  As a forward’s coach Bucks was a very technical coach and was specifically knowledgeable in scrums and lineouts. His approach to defence was methodical and he had clear systems in place to defend various opposition plays.

He knew how to get the best out of his players including myself, this was due to his honesty and open nature where there was no miscommunication as he was always able to be upfront and tell it how it was.

I often found training sessions to be boring and he would find a way of creating different drills to keep all the players motivated and interested. This allowed us to keep focusing on our targets and overall season goals.’

Overall, he is a great coach with passion for rugby and has a way of spreading this enthusiasm to others.

I have worked with James in a full-time capacity at London Welsh R.F.C. for the past 5 years.  During that period, I have had the opportunity to observe and work closely with him as he progressed from skills coach, forwards coach to Head coach.  In all capacities his leadership skills were world class, his enthusiasm and desire to succeed was infectious and brought tremendous buy-in from the players and other members of coaching staff.

The content of his delivery was exceptional, and he often implemented a number of innovative training exercises/drills to accelerate the learning of players on technical and tactical components of the game.    In addition, he also sought after and embraced information from disciplines such as physiology, biomechanics, analysis etc. that would have a positive effect of his coaching practice.

As a colleague, James is a true team player and consummate professional, he demanded exceptionally high standards of himself and the players and coaches he worked with.  This combined with his honesty and integrity, allow him to create a winning team environment and culture.’

‘James was recruited to join the London Irish coaching team at a time of need and he conducted himself in a highly professional manner. He worked effectively with all stakeholders, having a positive impact with his expert knowledge and coaching style. James’ influence resulted in an improvement in both the development of the scrum and in the competitive scrummaging performances, which coincided with an up lift in team performance. James was particularly effective in guiding the technical and tactical development of our front row players, especially with the less experienced members, bringing a number of them up to Premiership standard.’

We use cookies on our website to give you the most relevant experience by remembering your preferences and repeat visits. By clicking “Accept”, you consent to the use of ALL the cookies.
Cookie settingsACCEPT
Manage consent

This website uses cookies to improve your experience while you navigate through the website. Out of these, the cookies that are categorized as necessary are stored on your browser as they are essential for the working of basic functionalities of the website. We also use third-party cookies that help us analyze and understand how you use this website. These cookies will be stored in your browser only with your consent. You also have the option to opt-out of these cookies. But opting out of some of these cookies may affect your browsing experience.
Necessary Always Enabled

Any cookies that may not be particularly necessary for the website to function and is used specifically to collect user personal data via analytics, ads, other embedded contents are termed as non-necessary cookies. It is mandatory to procure user consent prior to running these cookies on your website.

SAVE & ACCEPT
Go to Top